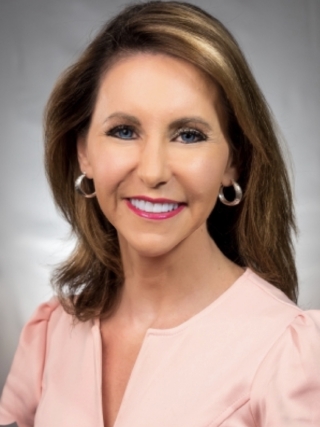 Rajah started reporting as an intern at KHQA and later worked as a producer's assistant at the "The Today Show" and WNBC in New York City where she worked with and learned from Katie Couric, Ann Curry, Meteorologist Joe Witte and other news talent. She reported and anchored at KMIZ (ABC-17) in Columbia, Mo. in addition to more training at KOMU. Rajah also has served as news director of KWWC radio.

Rajah has covered many high-profile news events including protests in Ferguson, Missouri in August 2014. She's also covered the presidential campaigns of Hillary Clinton, Joe Biden and Donald Trump and the race for Illinois’ 18th Congressional District.

Rajah serves as legal correspondent for KHQA, working extensively with police departments, prosecutors, defense attorneys, crime victims, victims’ families and defendants. Her fair, accurate and compassionate Cold Case storytelling is sought after throughout her viewing area. Rajah has taught News Writing, Speech and other college communication classes. She is a requested speaker for various community events. You may even spot her singing the national anthem before your favorite sporting event.

She serves as a board member for the International Radio and Television Society in New York City, Quincy Humane Society and the Chaddock Children’s Foundation. Rajah is president-elect of the Stephens College Alumnae Association Board.

She received her bachelor's degree in mass communication from Stephens College, and her master's degree from the Missouri School of Journalism in Columbia where she continued her doctoral studies in media effects and media law.