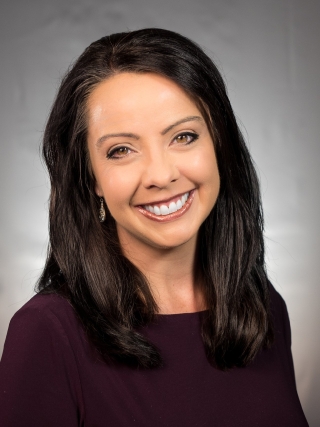 Melissa graduated from Unity High School. She discovered her passion for writing and telling stories during an internship in the KHQA newsroom during her sophomore year of college. After that, she was hooked-- spending her Christmas and summer breaks working as a KHQA intern reporter.

Melissa later moved back home to the Tri-States and KHQA. She served as a reporter at KHQA for more than 10 years, covering stories and meeting countless people along the way.

Melissa later shifted her focus to KHQA's morning show, where she served on-air at the news desk. She later enjoyed working as the show's Morning reporter. After taking a few years off to raise her young children-- she's back!

Melissa re-joined the KHQA News team as the Morning Show co-anchor in October 2018.

Melissa serves on the Adams County Fair Board of Directors and volunteers at many local non-profit organizations.

Melissa lives in rural Liberty with her husband and three children. She enjoys watching her kids grow up while teaching them about the wonders of nature. When she's not at work, you can find Melissa back on the farm gardening or tending to her vast flower gardens.

She looks forward to meeting you and invites you to wave or say hello if you see her out and about! Until then, tune into KHQA This Morning every weekday morning from 5a.m.-7a.m.